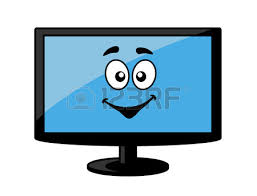 This year we offer an individual conference programme for each language including workshops and presentations of research and created material.

The conference will focus on practical teaching ideas and technology in the classroom. It is a move away from last year’s sessions on new publications and promoting new books and is in direct response to your feedback. All speakers are experienced practitioners from International House and other reputable institutions.
Mo.La.Co. is designed for heads of department, teacher trainers and teachers of modern languages. The price for taking part to the conference is £35.
If this is of interest to you please book your place on http://www.ihlondon.com/molaco or for further information call 020 7611 2416.
Event details
Date: Saturday 16 November 2013
Place: International House London, 16 Stukeley Street, Covent Garden, London WC2B 5LQ
More info here

For simultaneously scaring and wooing brick-and-mortar universities into the future by helping get their courses online, at no cost to students. By the end of 2012, eight months after the site’s launch, 33 universities were offering 206 courses overCoursera’s platform, all free to the site’s two million users–up from only five universities in the beginning. Now the startup, whose growth “has really amazed” even cofounder Andrew Ng, is looking more and more like a stand-alone school. Last December, the company launched career services to begin matching students with employers (early recruiters are Facebook and Twitter), and Coursera will soon offer its own online courses for credit.

For blowing open the online education market with the backing of seasoned entrepreneurs. Sebastian Thrun, founder of Udacity, is an award-winning professor at Stanford; Anant Agarwal, founding president of EdX, is an acclaimed former professor at MIT. Each has created online platforms offering courses for students at reduced or no charge, pioneering the format known as the massive open online course, or MOOC. The classes are from acclaimed institutions–Stanford, MIT, Harvard, and UC Berkeley among them–and function as laboratories to test the Internet as an education platform.

For creating a customized course-management and student-services system to keep track of at-risk students on its Arizona campus and online. It’s the fastest-growingcommunity college in the nation, with 70,000 students in Arizona and online nationwide–mostly poor, Hispanic, and first-generation. The RioLearn system alerts faculty when a student’s attendance slips or if anyone misses an assignment, and also sends students text message reminders. Within the first eight days of class, the data can predict which students are likely to drop out so that teachers can focus their attention on them. This year, the system began to offer news, alerts, social networking features, and a single sign-on for all campus systems.

For charging into the new field of learning analytics. NewsCorp first dipped its toe into educational technology late in 2010 when it acquired Wireless Generation, a data systems engineering firm that built software to track student progress. The acquisition was announced just days after it was revealed that Joel Klein, the former superintendent of New York City Public Schools, would be joining the conglomerate as well. Last July it launched Amplify, an education technology unit led by Klein, which will produce open-source, tablet-based classroom assessment tools that will help teachers use classroom and student data to their advantage. NewsCorp also secured the support of AT&T, which will provide hardware during the program’s pilot phase.

For building STEM concepts into games that both engage and entertain. GameDesk is the product of seven years of research at the University of Southern California to test the power of games as educational tools. The result has been some of the most exciting games in the field–both in playability and their power to educate. A $3.8 million donation from AT&T early last year was the largest grant of any kind in the telecom giant’s history and will help the group develop its learning software–as with, for instance, a version of Angry Birds that teaches kids the mathematics of a parabola.

For crowdsourcing web translation by turning it into a free language-learning program. Developed at Carnegie Mellon, the program is both easy and addictive: Pick the language you want to learn, sign up, and start translating. Duolingo serves up a sentence for you to translate. If you don’t know a word, hover over it, and the site will define it for you in English. Advance through the levels and earn reward points. And never, ever pay. That’s because what you’re actually translating is Internet content; essentially, you’re performing a service for the world wide web–a service Duolingo can sell, making it economically sustainable.

For motivating 350,000 students nationally, from undergraduates to adults, to complete their education through intensive, individual counseling. Three hundred coaches work for InsideTrack, a 12-year-old San Francisco company that is the biggest player in the growing field of providing hourly counseling services for college students. InsideTrack has racked up good results; at the colleges it serves, it has boosted graduation rates an average of 15%.

For publishing a series of addictive YA novels that deal with racial and social issues while teaching South African high school students to read. A project of socially conscious publisher Cover2Cover Books, FunDza has three prongs: the Harmony High series, like the Sweet Valley High of the South African literary market, written for and appealing to everyday teens; a mobile site that hosts serialized short fiction and non-fiction narratives; and a mobile feature that lets students publish their own work. FunDza also provides free reading materials to schools that pledge to push literacy with their students.

For giving teachers an app to help them solve their biggest problem–classroom management–through real-time feedback and online rewards. The cofounders are Sam Chaudhary, a former teacher and education analyst, and Liam Don, a game developer who turned down a recording contract to pursue a PhD in education technology. In its first year of beta testing, the site attracted more than 3.5 million teachers and students in 30 countries and raised $1.6 million in seed funding from investors including Learn Capital and Paul Graham of Y Combinator. The best part is that most of the growth has been viral–word of mouth among teachers over Twitter and Facebook–showing that the program has real traction with its target audience.